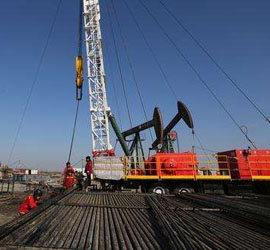 New energy accounts for about 50 percent of total energy consumption, including 18 percent from nuclear energy and 32 percent from renewable energy.

Finland, located in northern Europe, has no oil and no coal. Its domestic energy resources are very scarce and it relies on imports.

The traditional pillar industries of Finland, forest industry and metallurgical industry, are both energy-intensive.

In addition, the geographical conditions lead to the long heating period in winter in Finland, so the contradiction between supply and demand of energy is very prominent.

In order to solve this problem, Finland, on the one hand, is committed to improving energy efficiency and on the other hand vigorously developing new energy sources mainly in the form of renewable energy.

At present, geothermal energy is the key energy utilized by the Finnish government.

Vacuum Insulation Tubing are widely used in geothermal exploitation to reduce the loss of heat energy in the transmission process.

Since 2018, Sanjack has continued to export Vacuum Insulation Tubing to Finland for geothermal exploitation.

Know all about your OCTG solutions with our Latest OCTG ebook.